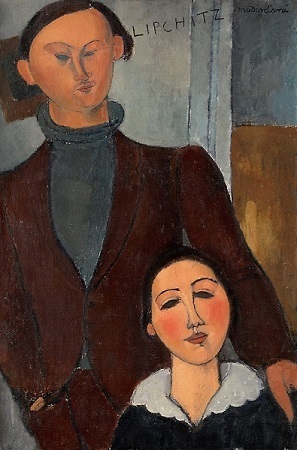 Amadeo Modigliani, Portrait of Lipchitz and his Wife

The ramshackle beehive-shaped studio in prewar Paris dubbed La Ruche (the hive) was buzzing with artistic activity. Included among its tenants were Jewish modernists from around Europe including Modigliani, Soutine and Lipchitz, many of them colorful characters as well as important artists. 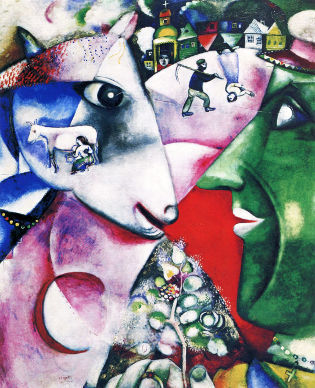 Marc Chagall, I and the Village

Among the denizens of La Rusche, Marc Chagall was the undisputed master of fantasy, who created a charming, enchanted world of fairy tales. Less well know are his more tragic themes, such as the multiple crucifixions he painted in response to the rise of antisemitism and totalitarianism between the wars.

American Jewish artists were prominent in the Social Realist movement during the Great Depression (in some ways a realist response to European Modernism) including the Soyer brothers, Jack Levine and Ben Shahn. All were influenced by the Mexican muralists and many also worked for the Federal Arts Programs of the WPA, or were allied with the John Reed Clubs, the Artists' Union, the American Artists' Congress, or other radical, liberal or anti-Fascist groups during the period. Almost all of them suffered during the anti-Communist hysteria of the early 1950s. 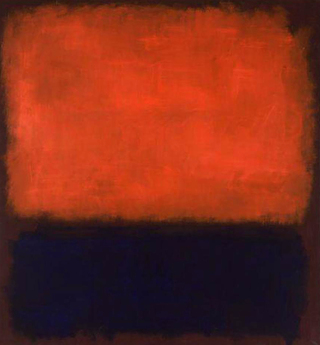 Despite the unexpected triumph of formalist abstraction in the postwar world, these three artists addressed themes of the "timeless and tragic" in their highly romantic quest for a non-objective sublime in an existential universe that seems devoid of intrinsic meaning, yet paradoxically, where each of us is, as Jean-Paul Sartre said, "condemned" to be free.

Article on Social Realist painter, Jack Levine, based on interviews with the late artist.