THE MOST POPULAR PRESENTATIONS

During the 19th century, religious impulses were often expressed indirectly through a search for God in the natural landscape. This lecture will explore the relationship between God, humankind and nature within the context of Protestant thought of the period. It will be shown that the American wilderness these artists painted was viewed by them romantically as a new Garden of Eden. 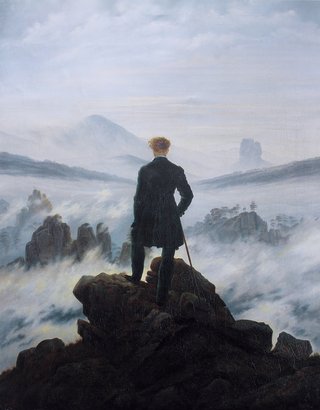 Casper David Friedrich, Wanderer over the Sea of Clouds

Philipp Otto Runge and Casper David Friedrich transformed and elevated landscape painting during the first half of the 19th century from the minor genre it had been up to that point, to the bearer of the kind of serious and sublime content that had formerly been reserved for biblical or mythological subjects alone. Explore how these artists redefined the sacred in terms of implied narrative within their landscapes and their evocation of light as a metaphor for the divine presence in nature.

John Constable's lyric naturalism conjures up the pre-industrial, rural society of his boyhood while J. M. W. Turner's dramatic depictions of the fury of nature and of modern life in an industrial society are the two poles around which British Romantic landscape painting revolved during the early 19th century. 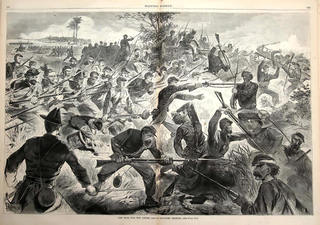 During the U. S. Civil War (1861-1865), large-circulation, popular, profusely illustrated pictorial "weekly" papers, such as Leslie's and Harper's, employed illustrators embedded among the troops to pictorially cover the action at the front. Once the field illustrations were chosen by the editor, wood engravers worked together in teams back at the home office to turn the artist's sketch into a reproducible print within a few days, with the help of the fascinating 19th-century technology of steam-driven rotary presses, wood engraving and electroplating.

Charles Russell, The Wake of the Buffalo Run (detail)

For 19th-century illustrators in the United States, the unfolding Western frontier was much more than just a new type of landscape to depict -- it was a region that represented a myth of unfettered liberty and limitless expanding horizons to the folks back east. Artists depicted not so much the reality of the West as the myth of the West. More than just a locality, it represented a realm of unfulfilled desire. This desire was used to market products associated with the myth of the West and as a lure for the burgeoning railroads and tourist industry. Illustrators were called upon to help consumers visualize this semi-legendary realm and to market the West as a fantasy. 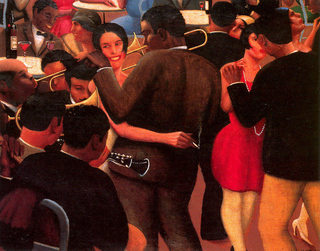 Although the music and literature of the Harlem Renaissance of the 1920s and 1930s is well known, the visual art associated with the "New Negro" movement (what black artists of the period called it) is not nearly as familiar to us today. Yet the work of these artists was actually more in touch with contemporaneous European Modernism than many of the more conservative white painters of the New York art establishment (there was a community of African American artists living in Paris at the time). 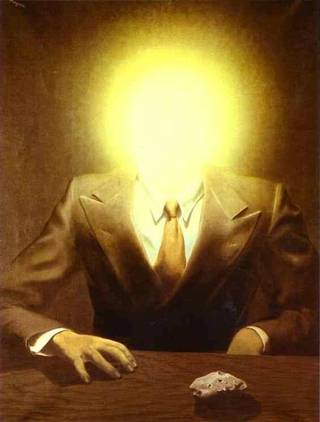 Andre Breton, the founder of Surrealism, was a medical student when he was enlisted as a psychiatric nurse during the First World War. His patients included soldiers sent back from the front, suffering we now call post-traumatic stress disorder. Working from Freud's psychoanalytic theories, Breton "diagnosed" the war as an illness, with Europe as the patient suffering a collective "nervous breakdown" in an explosion of repressed aggression from the unconscious. Breton's experiences and ideas would lead artists to dive deep into the unconscious, meticulously hand-painting "dream photographs" filled with irrational juxtapositions and hallucinogenic images. However irrational and puzzling their results, the Surrealists hoped that by giving free artistic expression to forbidden desires, they could channel into works of art the collectively repressed frustrations that had led to the war. 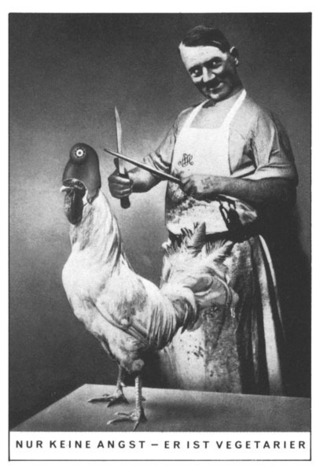 Dictators of both the left and the right persecuted modern art in the early 20th century. This three-part program explores the reasons for both its unpopularity with the demagogues and its eventual triumph in America during the postwar period.

Art and Revolution in the Soviet Union
Lenin saw the revolutionary potential of avant-garde art, architecture and design and instituted sweeping changes in which modernism became almost the official art of the fledgling Soviet Union, but with Stalin's rise to power, all art was banished that could not be used as propaganda by the Communist Party for furthering its social and economic objectives. Most of Russia's finest artists and designers emigrated to the West.

The Fate of Art in Nazi Germany
An international faculty of distinguished modernists taught at the Bauhaus School of Art and Design in liberal Germany during the 1920s, but Hitler organized modern art seized from museums into his "Degenerate Art Exhibit" of 1936, which ridiculed modernism as an unhygienic symptom of miscegenation that needs to be outlawed. As a result, most of central Europe's best artists, designers and architects moved to the United States.

Art Under Roosevelt during the Great Depression
The U. S. government subsidized art under the Works Progress Administration during the 1930s, but unlike the government-sponsored art of the Stalinist state or Hitler's Nazi government, subject-matter and style were not dictated or officially prescribed. The result was the political radicalization of artists under the influence of the Mexican muralists, the formation of the Artists' Union, the John Reed Clubs and the American Artists' Congress. But with the postwar rise of abstract art and the anti-communist hysteria of the early 1950s, much of this heritage was lost or forgotten.

First in a series of three articles on illustrators on expedition to the 19th-century frontier.